The Hawaii Commission to Promote Uniform Legislation was originally created by law in 1911.  The commission is placed within the State Department of the Attorney General and, pursuant to section 26-7, Hawaii Revised Statutes, is advisory to the Attorney General and to the Legislature on matters relating to the promotion of uniform legislation.  Pursuant to sections 3-1 and 26-7, Hawaii Revised Statutes, the Commission consists of five members, who are appointed by the Governor, with the advice and consent of the Senate, for staggered terms of four years and until their successors are appointed and qualified.  Pursuant to section 3-2, Hawaii Revised Statutes, the members of the Commission “represent the State in conventions of like commissioners of the several states and territories for the consideration and recommendations of uniform laws to be submitted to the several state and territorial legislatures for action.”

The convention of like commissioners is the National Conference of Commissioners on Uniform State Laws, also referred to as the “Uniform Law Commission” or “ULC,” which has had every state and territory participating in its meetings since 1912.

The members of the Hawaii Commission are:

Former commissioners Robert S. Toyofuku and Ken Takayama continue to actively participate in ULC activities as ULC Life Members.  Upon recommendation of the ULC Executive Committee and by the affirmative vote of two-thirds of the commissioners present at an annual meeting, they were elected as ULC Life Members with the privilege to participate in ULC activities.  Deputy Attorney General Jill T. Nagamine of the Legislative Division has been assigned by the Attorney General to provide staff support for the commissioners and is recognized as an Associate Member of the ULC.

Meeting Notices and Agendas and Materials

Reports to the Legislature 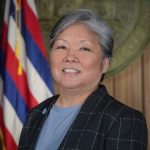